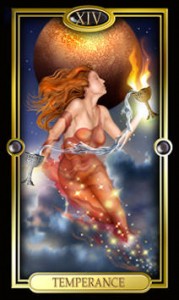 My friend, David, decided to celebrate his birthday in Barcelona this year.  David is one of my dearest friends and I’d never been to Barcelona, so I left Paris and volunteered to help him celebrate.

There’s something magical about Barcelona, something that has you thinking outside the box and (to mix metaphors) wanting to ‘color outside the lines’ while you’re there.  This is a city and a region with a big, expansive heart and vision.   Where else in the world could an Antoni Gaudi, a Salvador Dali and a Joan Miro be inspired, encouraged and celebrated for expressing their very different views of life and beauty?

This uniquely beautiful capital city of Catalonia on the Mediterranean coast of Spain has a great social scene and is resplendent with the art and architecture of uniquely creative, passionate artists.

I went to Fiqueres, the small town where Dali was born.  His museum is there and as I wandered through it, I realized that being there was like spending a few hours inside his mind.  What a divinely mad, outrageously creative, phenomenally courageous genius he was!  (Did you know that he designed a deck of Tarot cards?)  We are blessed to have had him in our world.

I visited many of Barcelona’s recommended sites, but the two that moved me the most were Gaudi’s take on a house of worship, La Sagrada Familia, and his version of home, sweet home, Casa Batllo.

La Sagrada Familia is organic and like all living things, it’s a work in progress.  Still unfinished, it speaks more beautifully to the soul than any other temple I’ve ever been in.

As wonderful as La Sagrada Familia is, it’s Casa Batllo that whispers my name.  La Sagrada Familia takes your soul outward beyond the confines of this earthly plane and merges it with all the wonders of creation; the private family home, Casa Batllo, is more intimate, more personal, more visceral.  It takes you deep inside your own being as you recognize yourself in all of the curves and shapes and forms of this most magnificent dwelling.

As grateful as I am that La Sagrada Familia exists, it’s Casa Batllo that has me thanking God that I exist– it was here that I saw and felt the presence of the Divine.

David’s birthday party was such a reflection of him– fun, deep, eclectic, brilliant, surprising and filled with wonder and love.  Although most of the attendees lived in Barcelona, several of us had flown in just to sing “Happy Birthday” to him.  One of his gifts evoked the classic film character, Norma Desmond, for several of us and in unison we recited her response to William Holden’s, “You’re Norma Desmond.  You used to be big!”– “I’m still big; it’s the pictures that got small!”

Norma Desmond’s response sums it up for me.  That’s why I’m drawn to places like Barcelona and people like David, Dali and Gaudi.  No matter what the circumstances are, we always interact with life on our own terms and actively create the lives we want.